«The true beauty of music
is that it connects people.»

Yuri T. Vermenich (respectfully nicknamed Esquire – a relevant meaningful word truly describing his personality which was used in a circle of his very close friends, but not in the presence): a radiophysics engineer, a jazz critic, a translator, a music teacher, one of the researchers of jazz music, a member of the Commonwealth of literary men of Russia, a laureate of the Best pens of Russia - a public award of professional recognition. He was the founder (1966) and the permanent President of the Voronezh jazz club as well as the organizer of Voronezh 1969, 1970, 1971 jazz festivals. He is the author of three books (Everyone, My friends gaspani, And all that jazz) and more than two hundred articles on jazz.

Jazz education, disseminating knowledge about jazz, and promoting jazz music in this country went in different ways following whimsical and meandering social history of the 20th century. It was an nvaluable scientific and educational feat of the first serious musicologists and culturologists who began writing about jazz in the official press at the turn of the 1950s and 60s — particularly Valentina Konen in musicology and Leonid Pereverzev in music journalism and culture studies followed by Alexei Batashev, Arcady Petrov and others. However, one cannot underestimate those who belonged to the so called deep underground trying to satiate the demand of the emerging jazz community with knowledge about jazz by translating jazz literature into Russian.

It is well known that private, uncensored publishing was not and could not be possible in the USSR of the 1950s and 1960s and until the very end of the Soviet period of Russian history: all publishing and printing capacities in the country were exclusively controlled by the state – not only from administrative and economic point of view, but also in terms of political censorship. From 1922 up to 1991, the USSR had a special government agency Glavlit glossed at the turn of the 50's and 60's as the Main Administration for the Protection of Military and State Secrets in the Press. The exclusive task of the Glavlit was to censor the press as the means of mass media and book publishing. 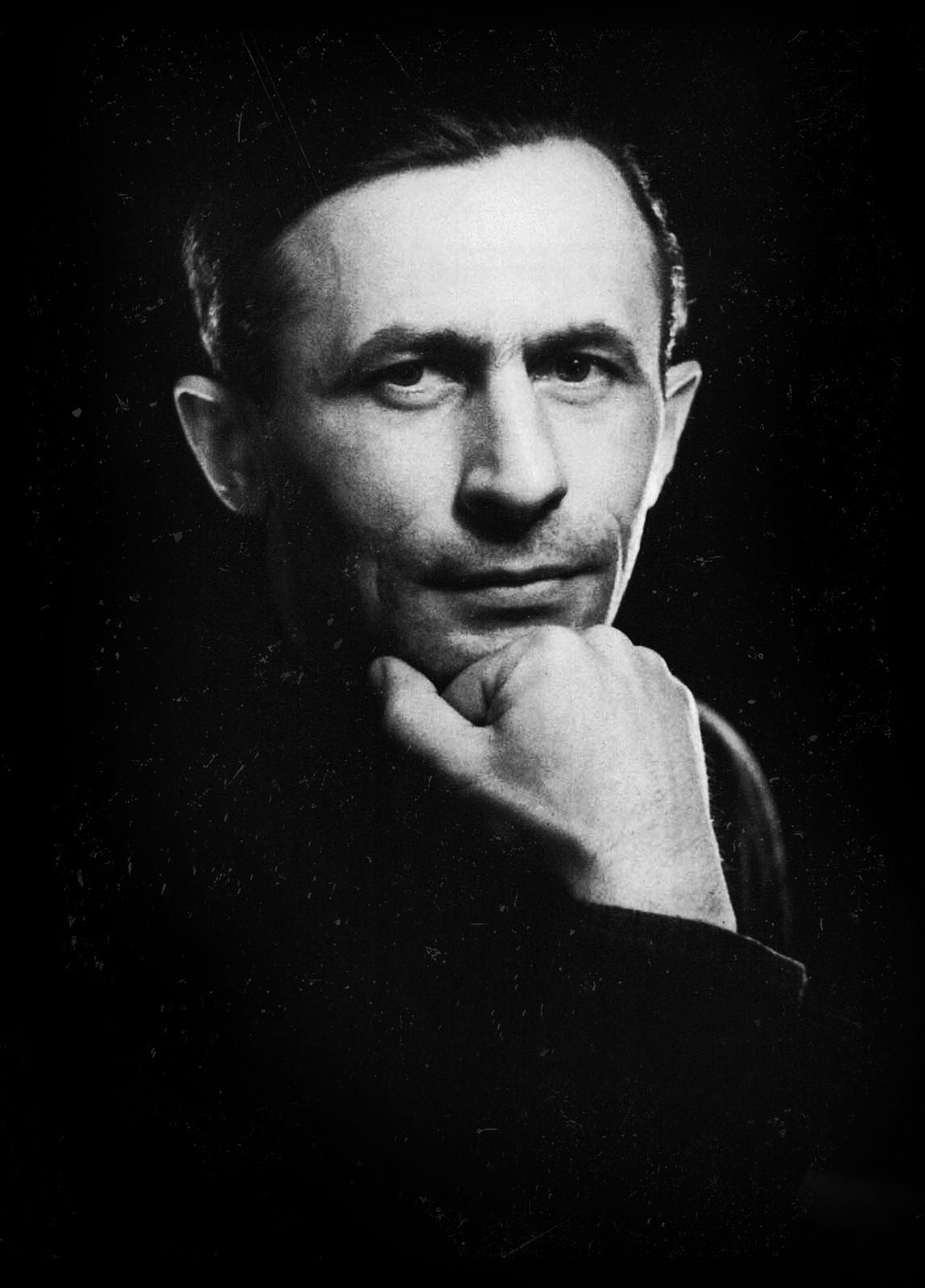 However, some books about jazz, sometimes seeped through the Glavlit’s sieve, but it was next to impossible to predict which of them would break through and which would not.

Landmark publications starting with the very first one — Jazz pamphlets by Vladimir Feyertag and Valery Mysovsky (1960).

There were popular newspapers seeking some ways to incorporate the art of jazz in the formal system of coordinates of the Soviet ideology, and these newspapers actually played an important, although a historically limited role (e.g. On light music, jazz, and good taste by Alexander Chernov and Mikhail Bialik, 1965). Some books, though next to none, were translated, and it was rather difficult to reasonably explain the principle on which the publications were selected. For instance, the favorite jazz book of the official Soviet publishers for some reason became Histoire du vrai jazz written by Н. Рanassie, a French theoretician and practitioner of ultra conservative jazz, which went through several very large editions in the USSR.

It was obvious that the official publishers, both for their ideological reasons and general slowness, stipulated by the very nature of the planned socialist economy would not be able to meet the demand for jazz literature for at least many years ahead. Therefore, sensibly realizing that the pioneers of samizdat (translated into Russian as self-publishing) began to translate American, British, German, French, Polish books about jazz falling into their hands by various ways.

Moreover, they began to publish them independently.

Dozens, hundreds of typists — people who knew how to professionally type the texts on mechanical typewriters — made the circulation of these underground books, the mere possession of which could bring you a trouble or a prison sentence even in the most liberal times of the Khrushchev thaw.

For young readers, who could not come across the "old school" technique, it is necessary to explain how samizdat copies were made. A single pass of inserting the alternating layers of white paper and black carbon paper into the mechanical typewriter could produce four or maximum five copies, however the fifth one was almost illegible — "blind" and vague: lettered levers of the typewriter could not print with sufficient force to penetrate so many layers of paper.

In order to make the next multiple copies, the book's text was to be printed manually again and again, from the first page to the last.

The pioneer of jazz samizdat in the USSR was Igor Sigov (Rostov-on-Don). He lived a short life: he passed away on September 27, 1965 at the age of 34 and was replaced at the steering wheel of the GID (Group for jazz studies in the USSR), an unofficial social organization established by him, by Yuri Vermenich from Voronezh, who subsequently prepared and published about 35 translations of books on jazz and participated in the preparation and publishing of another 15 books, therefore laying the foundation of the Russian jazz bibliography. Part of these translations was printed in the printing offices in the post-Soviet time— for example, Hear me Talking to Ya: The Story of Jazz as Told by the Men who Made it by Nat Hentoff and Nat Shapiro (Hear Me Talkin' To Ya, 1958, Russian edition 2000, Syncope publishing house), Duke by Jewell Derek (Novosibirsk, Siberian University publishing house, 2005) or Glenn Miller & His Orchestra by George T. Simon. (S.-Pb., Scythia, 2005). Yuri published his collection of articles in the early 2000s in the book Jazz. History. Styles. Mastes, which went through several editions (the last one — in Planet Music, S.-Pb., 2011)

However, very little of the archive survived as Vemenich, under the pressure of the circumstances, sold his large collection of original Samizdat Soviet jazz to the International jazz archives, of the University of Idaho (USA) in the late 90s. Unfortunately, at the end of the 2000s, the project of the International archive was discontinued, and his collection is currently preserved and stored in the basement of the University library in the town of Moscow, Idaho, USA. A researcher can have an access to the archive only by a special permission of the management of the University of Idaho.

However, part of the archive of Yuri Vermenich remained in his apartment in Voronezh. Its restoring, scanning and digitizing is done by Voronezh jazz enthusiasts who created the website Jazz Library of Yuri Vermenich

TELL US ABOUT YOUR PROJECT IN SOCIAL NETWORKS

Jazz musicologist, journalist and design theorist. Since the age of 17, he participated in the development of the first Soviet industrial Geiger counters at factory No. 666

The patriarch of jazz critics, historian and active promoter of jazz, author of the first monograph The Soviet Jazz. Member of the Union of Writers of Moscow, one of the founding members of the UNESCO International Jazz Federation.

Soviet and Russian musicologist, a leading specialist in the field of jazz.

American historian, novelist, jazz and country music critic, and syndicated columnist for United Media. Hentoff was a columnist for The Village Voice from 1958 to 2009. Following his departure from The Village Voice, Hentoff became a senior fellow at the Cato institute, continued writing his music column for The Wall Street Journal, which published his works until his death. He often wrote on First Amendment issues, vigorously defending the freedom of the press.

The government board of the Union of Soviet Socialist Republics to censor printed works and to protect state secrets in the media in the period from 1922 to 1991.

Unofficial and therefore uncensored ways to produce and distribute literary works, religious and journalistic texts in the Soviet Union.